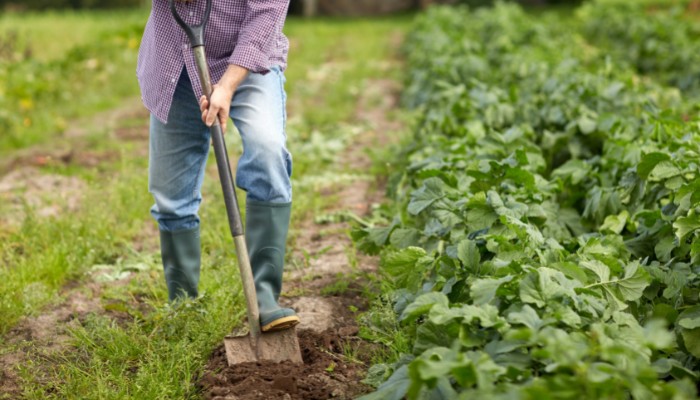 Nitrogen is a crucial element of healthy and productive soil. It not only helps plants grow and develop properly, but it also improves plant metabolism and helps create chlorophyll as well.

But, after growing a few crops, nitrogen levels may become dangerously low or entirely depleted… which is why you need to know about the plants that work to fix nitrogen levels in the soil.

Read on below and explore these 20 options to improve your soil!

Red clover is one of the 300 flowering plants that belong to the legumes and peas family. It is normally sown alone or in a mixture with ryegrass.

Red clovers not only fix nitrogen but also produce abundant crops that serve as food for livestock. It grows in a wide range of different soils and climates.

Also known as Vicia Sativa. or Common Vetch, Vetch belongs to the legume family. This plant is considered hardy because of its ability to grow in adverse conditions.

Due to its nitrogen fixation, it’s usually grown as green manure, meaning that it’ll be incorporated into the soil while still green to add organic matter to it. It’s also used as food for domesticated livestock and for crop rotation.

Alfalfa is often planted as forage to be eaten by grazing livestock. It’s also used as hay or silage. To make hay, the alfalfa is cut and dried and silage involves a process that consists of preserving the green foliage by fermentation.

Fresh alfalfa and hay are both commonly used as animal fodder. Alfalfa is also used as green manure, incorporated into the soil while green and as a cover crop. It is native to warmer climates.

Also known as Vigna Radiata, Mung Beans are a plant that belongs to the legume family.  Mung beans are mainly cultivated in east, southeast, and South Asia.

Mung Beans are not only grown for their ability to fix nitrogen issues, adding essential plant nutrients to the soil but it’s also used to prepare sweet and savory dishes.

Being a nitrogen fixer, fava beans are planted as a cover crop. As with any other cover crop, it will manage soil erosion, fertility, and quality.

Cowpea is an important crop in semiarid regions due to its resistance to sandy soil and low rainfall. As a plant that fixes nitrogen issues is valuable for resource-poor farmers.

The plant is used as forage for animals although it’s also used for cooking, often referred to as “poor mean meat” due to its high levels of protein found in the seeds and leaves.

Peanuts are legume crops mainly grown for their edible seeds. They are valuable in crop rotation due to their ability to fix nitrogen and improve soil fertility.

Peanuts grow better in light sandy soil and need a minimum amount of water. They would be ready to be harvested 90 to 130 days after planting.

Lentils are plants known for their edible lens-shaped seeds. They are planted during high temperatures and at the end of the rain season as they do not tolerate flooding.

They can be grown in various soil types, the best option being deep sandy loam soils, and they need little to no fertilizer input.

Also known as Mimosa pudica or touch-me-not, the Sensitive Plant is often grown for its curiosity value. The leaves fold inward when touched or shaken to protect themselves from harm, and often open back a few hours later.

The same happens when it gets dark as these plants aren’t shade tolerant. It grows in poor nutrient soils and it’s intolerant to low temperatures.

As nitrogen fixers, Lupins are well-known for their ability to improve the soil where they are planted.

Lupins are plants that it’s better if you plant them directly into the garden, as they have long taproots that make it difficult for transplantation.

Pigeon peas are cultivated in tropical and semitropical regions. It belongs to the perennial variety, in which the crop can last three to five years. Being a plant that fixes nitrogen issues, it enriches the soil.

Pigeon peas are cropped for forage, used to feed domesticated livestock, or as a cover crop but besides that, it’s also edible and used in a wide variety of dishes.

Field Peas are one of the oldest domesticated plants, cultivated for both human consumption and stockfeed.

The root nodules of Fields Peas, which are other peas, can fix nitrogen.

When a pea plant dies in the fields, all the plant’s nitrogen is incorporated into the soil.

White Clover is one of the most widely cultivated types of clover and is considered the most important forage legume that there is.

However, it’s also used for companion planting, green manure, and as a cover crop. As a planting companion, clovers are planted in close proximity to other crops so they can benefit mainly from their ability to fix nitrogen issues.

Soybean crops are grown mainly for their edible beans, which have many different uses such as the production of soy milk and tofu among others.

The hull of the bean, when it’s matured, is very hard and water-resistant, which helps protect germinating seeds.

As a nitrogen fixer, it helps enrich the soil where it’s planted.

Among the great variety of beans, green beans are distinguished because they are harvested and consumed with their pods still closed when the seeds inside are still immature.

The most common use for green beans is for human consumption, they can be eaten raw or cooked in many different ways. As a nitrogen fixer, the green bean plant will fix its nitrogen needs instead of absorbing it from the soil.

Sweet pea is a flowery plant native to Southern Italy and the Aegean Islands. It’s a climbing plant that in the wild can get up to 3 meters in height.

They are mainly grown to be commercialized, as they have colored flowers in different shades of pink, purple, blue, and white and they are also strongly scented.

Unlike other edible peas, the seed of this particular variety is toxic. Like other plants in the legume family, their roots contain nodules rich in nitrogen-fixing bacteria which make them a good option as a cover crop.

This is a kind of edible pea, in which seed and pod are eaten as a whole while still unripened.

As nitrogen fixers, snow peas are usually planted as companion plants, meaning they are planted in close proximity to green leafy vegetables that will benefit from the high level of nitrogen content in the soil.

Lima beans are mostly warm-season crops, however, they’ve adapted to live in many different climates around the world.

Like many other legumes, the main use of these is consumption as they are a good source of fiber and a virtually fat-free source of high-quality protein.

Lima Beans are plants that require relatively few pesticides and  good nitrogen fixer, which make them a good choice for crop rotation

Also known as chickpeas, they are mainly used for cooking and feeding livestock.

Their seeds, high in protein, are used in many different recipes, the most common and well-known being hummus and falafel.

Garbanzo beans are also used for crop rotation, their ability to fix nitrogen enriches the soil where they are planted.

Blue False Indigo, also known as Bapticia, is a flowery plant with pea-like flowers which are sometimes inflated.

This plant is a nitrogen fixer with deep roots and it’s also very resistant to drought, which makes it an excellent companion plant for young fruit trees.

The seeds of these plants may be toxic, especially for children and pets (so keep them in a safe place that’s out of reach!).

There are plenty of plants to pick from If you’re in need of fixing your nitrogen-deprived soil. With all of the choices listed above you know have several options for easy solutions. The best part is, that you’ll also get to enjoy the harvests from the plants you use to improve your soil, like beans, peas, and lupins.